Mobile fraud attacks continue to be on an upward trajectory as mobile has become a prominent channel in launching fraud attacks. In the opening quarter of 2021, there was a 43% increase in mobile attack rate, rising to 32% from 19% in the last quarter of 2020.

There is an increase in attacks originating on mobile devices because more and more good users are interacting with businesses via mobile devices. Fraudsters are taking advantage of this rising popularity to launch mobile fraud attacks across multiple touchpoints. Mobile attacks are not only easy to launch but fraudsters can easily cover their tracks to evade detection. They are able to spoof devices due to the ease with which they can purchase IP addresses and associated mobile fingerprint devices from numerous websites.

Mobile attacks pose a huge challenge for the gaming industry

According to Statista, as of January 2021 mobile phones were the most used devices for gaming worldwide. Online gaming not only saw a prolific increase in the number of players but also in the number of hours as well as the money spent. It is estimated that during the pandemic the number of users playing video games in the U.S. rose to 79% while the time spent on gaming increased 26% and the money spent increased 33%. Online gaming companies experienced the biggest engagement levels and increased revenues that are projected to touch US$23,582m by 2021 and US$31,328m by 2025.

Gaming was also the top sector targeted by mobile-based fraud attacks. The gaming industry that has been under siege throughout 2020, saw high rates of mobile fraud attacks across all touchpoints during Q1. Overall, attacks from the mobile channel increased from 19% in Q4 2020 to 32% Q1 2021. These attacks were overwhelmingly bot-driven, as gaming platforms were barraged with bot attacks that contributed to nearly 97% of the attacks. Attackers launched high-volume campaigns to target multiple consumer touchpoints, including credential stuffing on logins – the most attacked touchpoint on the Arkose Labs network.

Another industry that experiences a large section of users connecting through mobiles is media that encompasses dating, social, and streaming platforms. The mobile  fraudattack rate on media companies during Q1 2021 was 12.3%.

With consumers increasingly interacting with businesses using mobiles, it is imperative to ensure all of these interactions are protected from fraud and cyber attacks. Defending against evolving attacks targeting various digital touchpoints can get complex, without versatile protections in place that can work seamlessly across fraud access points. That is why businesses need to adopt a trust and safety approach that goes beyond traditional fraud mitigation to defend against how fraudsters target and monetize each touchpoint specifically.

The explosion of mobile and internet-connected devices, as well as stolen data, has provided fraudsters with many tools and tricks to blend in with good traffic and appear as if they are good users. It’s getting more complicated for businesses to analyze the increase in digital traffic and parse out what is suspicious versus non-suspicious. This also has to be done with no discernible impact or disruption to the good end user. This is why effective fraud solutions made for today’s always-on digital world must be designed from the outset with user experience in mind as well as fraud prevention and security protocols.

Stop fraud originating from any device

Arkose Labs protects global brands from the scourge of mobile fraud attacks by actively monitoring and stopping bad actors at the front gates. Analysis of hundreds of digital parameters including device forensics, the Arkose Labs Platform assesses risk for every incoming user in real-time and presents an appropriate challenge. Good users can easily clear these challenges while bots and automated scripts fail instantly. The persistent attackers are continuously challenged with incrementally complex challenges to wear them down and erode returns from the attack. Once the attack loses economic viability, fraudsters abandon the attack and move on elsewhere. 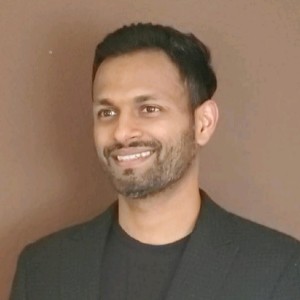 Credential Stuffing Fraud Attacks Make Up 5% of All Digital Traffic