Businesses Have to Bear Covert Fraud Losses Due to Subpar Defenses

Covert fraud losses such as costs of resetting account credentials overwhelmed contact centers attending to customer complaints, and regulatory fines, accompany the upfront financial damage that businesses incur due to ineffective fraud prevention solutions. These hidden costs not only add to the overall financial losses but can also cause customer churn and damage to brand image

Fraudsters are in the business of cybercrime as it is a profitable, multi-billion dollar industry. It is estimated that businesses in the US alone bear fraud costs of approximately $42 billion annually. And with an increasing number of users accessing digital channels for a host of activities, fraud is at an all-time high and growing. Arkose Labs recorded twice as many attacks on its network in 2020 than in 2019.

Fraudsters focus on gaining access into a targeted platform through credential stuffing, brute force attacks, new account origination, and other such activities. Once they are successful in a breach, fraudsters use fake new accounts or compromised user accounts to send spam and phishing messages to good users, disrupt platforms, manipulate virtual economies, and various other types of abuse. To make their attacks successful, they are increasingly investing in their ‘infrastructure’ and resources to compromise business defenses.

To make matters worse, many businesses still use free – or nearly free – fraud prevention solutions that not only fail to protect them in the long-term but also add covert fraud losses to the overall costs. Considering that an average business loses about 5% of its revenue to fraud every year, simply resetting passwords – that cost nearly $70 per account – can translate into losses worth millions of dollars.

Often, an incompetent fraud solution results in blocking authentic users while allowing bad actors to sail through, which can result in additional friction and degradation of user experience. In Arkose Labs’ poll of 100 fraud and security executives, 90% of the respondents said successful fraud attacks hinder user experience.

Damage is not just financial

The damage doesn’t end just at the financial losses. Disruption to user experience and compromised accounts can lead to negative news coverage and customer discontent, which can affect the brand image and customer churn. Both brand building and customer acquisition are time-intensive activities that bring results over a period of time. Therefore, these are rather long-term losses and may take businesses a long time to salvage their brand equity.

Further, once an attacker is able to execute a successful attack, it opens up the doors to repeat attacks, making users’ credentials vulnerable to theft, reselling, and use in future attacks. As the information of successful attacks gets shared in the fraud ecosystem, the breached businesses become attractive to numerous other types of attacks. Meanwhile, the affected businesses are left plugging in the loopholes, resolving customer complaints, and providing explanations to the regulatory bodies.

If you thought, the consequences of a fraud attack ended here, you’ll be surprised to know that this is just the beginning of downstream costs. Manual reviews, for instance, increase as internal fraud teams are required to step in to monitor the incoming traffic. Not only does it consume time and efforts, but is also costly, as an average business spends between 1-5 hours remediating each account takeover attack, according to the Arkose Labs poll.

It is observed that after an attack, an organization reacts by deploying controls such as banning accounts and filtering out more users as suspicious. This can lead to higher false positives and user discontentment. Since the subpar fraud solution cannot really identify bad actors from genuine users, it adds to the burden of internal fraud teams and customer service executives, which in turn increases operational costs.

Fraud has become a lucrative vocation as the returns are significantly higher than the investments. Therefore, to protect themselves from fraud long-term, businesses must adopt a fraud solution that makes these attacks financially non-viable. When there is no financial gain, attackers give up and move on.

Arkose Labs follows the zero-tolerance to fraud approach that erodes the returns from an attack by progressively rendering it economically unattractive. The Arkose platform does not block any user; instead, it presents them with 3D puzzles to prove their authenticity. The feedback mechanism between real-time risk assessment and the challenge-response mechanism helps businesses accurately identify bad actors from genuine users.

It is likely that good users may not even encounter a challenge and those that do can solve them easily. These enforcement challenges are trained against the latest machine vision technology, which causes bots and automated scripts to fail instantly. Persistent bad actors are presented with adaptive challenges that keep increasing in complexity to wear down the fraudsters. For fraudsters, time is of essence and when their time and resources are wasted, the returns from the attack deplete, forcing them to abandon the attack and move on.

Leading global brands trust Arkose Labs to protect them from evolving fraud in the long-term. To learn how Arkose Labs platform bankrupts the business model of fraud and protects businesses from upfront and covert fraud losses, please book a demo now.

Arkose Labs’ recent webinar on ‘How to Calculate the Full Economic Impact of Fraud’ has an insightful discussion on the true economic impact of fraud. To learn how digital businesses in any industry can use effective fraud prevention to eliminate ROI for attackers in order to prevent immediate and downstream costs, please request an on-demand version of the webinar,here. 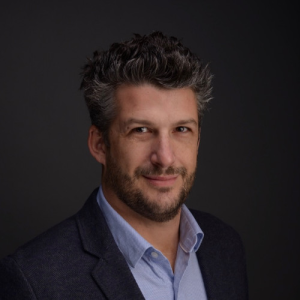